As promised, here is a post written by our first guest blogger, Alex.  Alex hails from the great city of San Francisco, likes the NBA and wants you to like it too.  My first thought was…does anyone really care about the NBA anymore?  Aside from the occasional Superman retirement or Lebron drama, I am guilty of just pretending that players go to a farm with grassy knolls when they’re done with college hoops.  But Alex brings up some good points and maybe it’s time we listened.  Not a fan either?  Well, maybe you will be after reading this and others which will preview the Eastern and Western Conference match-ups.  And if you aren’t converted into a fan after reading the blog post below, well, you should just keep reading his follow up posts in the hope that Alex continues to post pictures of dreamy arms to keep your heart racing.  Enjoy and blame Alex for any controversial opinions, semi-racist remarks and creative spelling and grammar.

Hello!  My name is Alex.  I love sports, though I am not a chick.  I do have my toenails painted (Oakland Green and Yellow); between that and my unisex name, I figure it shouldn’t be too hard to fit in around here.  As for sports, while I love them all (except for hockey, and that’s only because I am racist against Canadians) my heart belongs to basketball.  Specifically, pro ball.  I’m a 5’7” White guy with no handle, so its a natural fit.  I know however, that there may be many of you who do not yet share my love for the game.  People such as, oh say, the Proprietor of this Web-log.  So let me take a quick second to justify my internet existence: The NBA is fun!  I know that sounds banal, but really, think about the last time you sat through an entire baseball game.  Five hours of fat dudes standing still with about 15 minutes of “action” sprinkled throughout.  The NBA is fast!  Running, jumping, possession changes every 20 seconds, uninterrupted playyyyy… for the most part.  Yes I know timeouts and foul shots can kind of drag out the ending, but…the drama! (copyright: TNT).  Its like soccer, only in basketball you’re allowed to score points.  And best of all, unlike soccer, a game played by socialists, basketball is uniquely American.  So lets proudly put on our flag pins and enjoy the NBA Playoffs.  Yes we can.
Shameless appeal to patriotism not enough?  Ok, how about this: of the four major sports, two of them, hockey and football, involve players drowning in layers of armor.  No one knew what Ricky Williams looked like behind his visor for the first 6 seasons of his NFL career; it was just assumed he had horrible, disfiguring facial scars.  Turns out he was just hotboxing his helmet.  In hockey the players literally wear sweaters.  How is any red-blooded woman supposed to enjoy watching athletes in top physical shape if she can’t actually, you know, watch those athletes.  Speaking of top physical shape, here is a picture of the best pitcher on my favorite team: 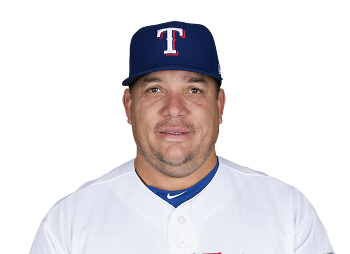 (Bartolo Colon came here for two reasons: to throw strikes and eat burgers.  And he’s all out strikes)
Dreamy.  That leaves basketball, the only big 4 sport to feature prime athletes perform in the uniform equivalent of 1920’s bathing suits.  And as the women basketball fans I know always bring up at some point: the arms.  I mean:

Working on: planning a women's ski clinic for CalSkiCo

Thinking about: how great it is to (occasionally) have a full-on girls weekend

Eating: nutella on everything

Looking forward to: rehabbing my IT band and hitting the trails and the slopes again soon.

Daydreaming about: moving into an A frame in the mountains. The usual...